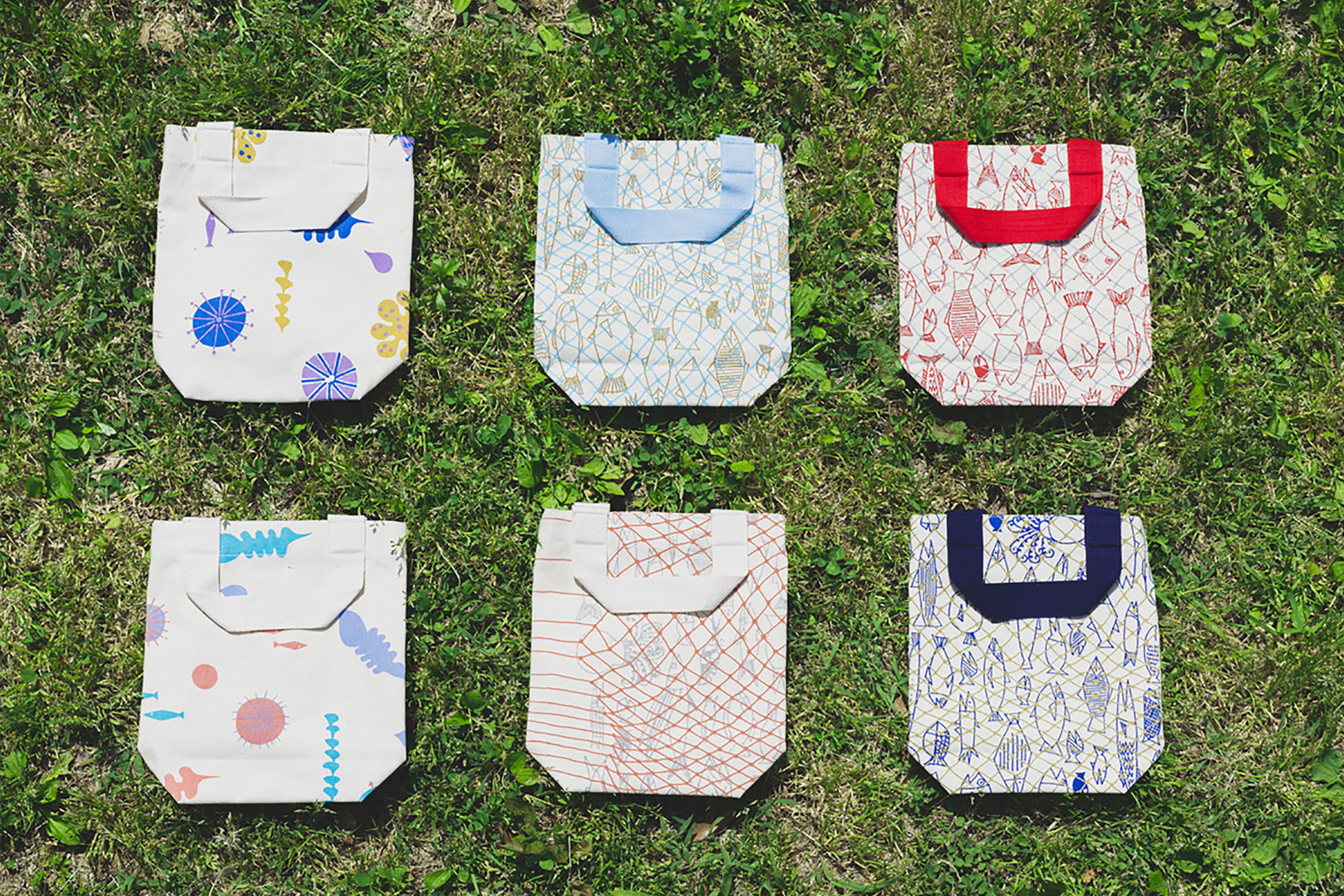 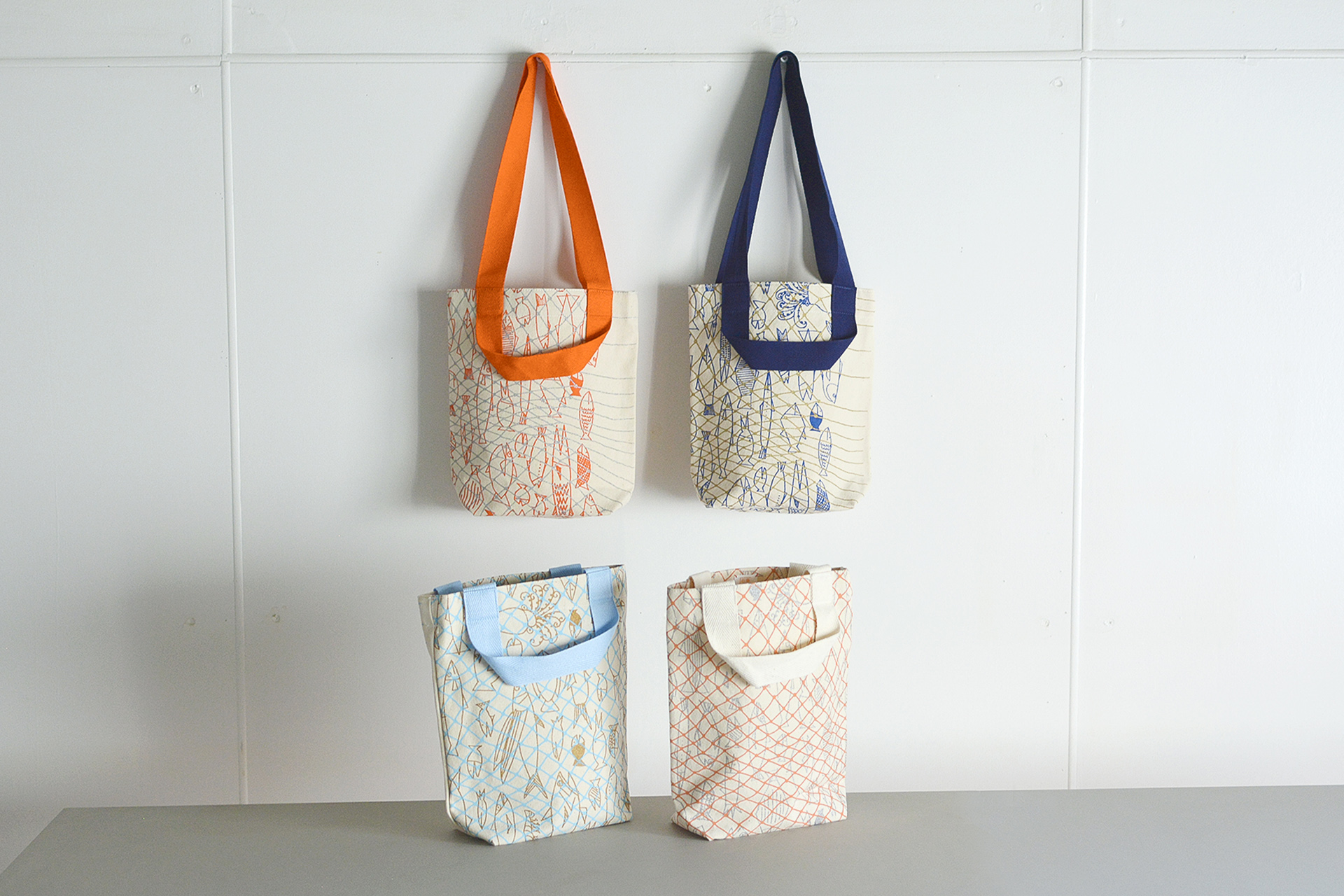 The buona pesca canvas tote bags were designed for the purposes of creating employment in the disaster region. Illustrated by Swiss-based graphic designer Aoi Huber, the name of the pattern, buona pesca, comes from the Italian word for “big catch”. Inspired by the types of seafood that can be found in Minamisanriku, each bag is woven together with care by the wives of local fishermen. There are two sets of straps: one for the shoulders, and a smaller one that can be held with your hands. The tote bags come in two different themes, named “sakana” and “unikobuwakame”, which mean fish and sea urchin & seaweed respectively. The S size is great for putting your wallet or other small objects, or as a bag for children.

Born in 1936 in Tokyo, Aoi Huber is a designer and illustrator. In 1962, she moved to Italy after graduating from the Royal Swedish Academy of Arts. While working together with Max Huber on various installations, she also collaborated with different architects and artists, such as Bruno Munari, Mario Botta and Achille Castiglioni. Her most famous works include ‘Animal Puzzle’ and the children book ‘il grande pesce’. She currently lives with her beloved cat Sabato in southern Switzerland. Recently, Huber has worked on a tableware series titled ‘sabato’ made out of Hasami-yaki, a type of Japanese porcelain, as well as collaborated with the stationary and zakka brand DELFONICS to launch a new line of accessories called ‘kiasso’.

DRILL DESIGN started in 2001 by Yusuke Hayashi and Yoko Yasunishi in Tokyo, Japan. The studio is providing individualized solutions and concepts to clients and society with flexible creations between product and graphic design.

The studio has developed several brands for its clients and launched them to the world. With partners in Japan, who have original techniques while using high quality materials, Drill Design has a valuable network of knowledgable professionals. The studio also offers designs for companies like MUJI, CANON, Mercedes, Camper, etc…

DRILL DESIGN has exhibited its work in Tokyo, Singapore, Milan, Paris and Stockholm. They have been awarded with many national and international renowned awards such as the Red Dot Design Award, German Design Award, The Good Design Award in Japan, The Design For Asia Award and The Wallpaper* Design Award.