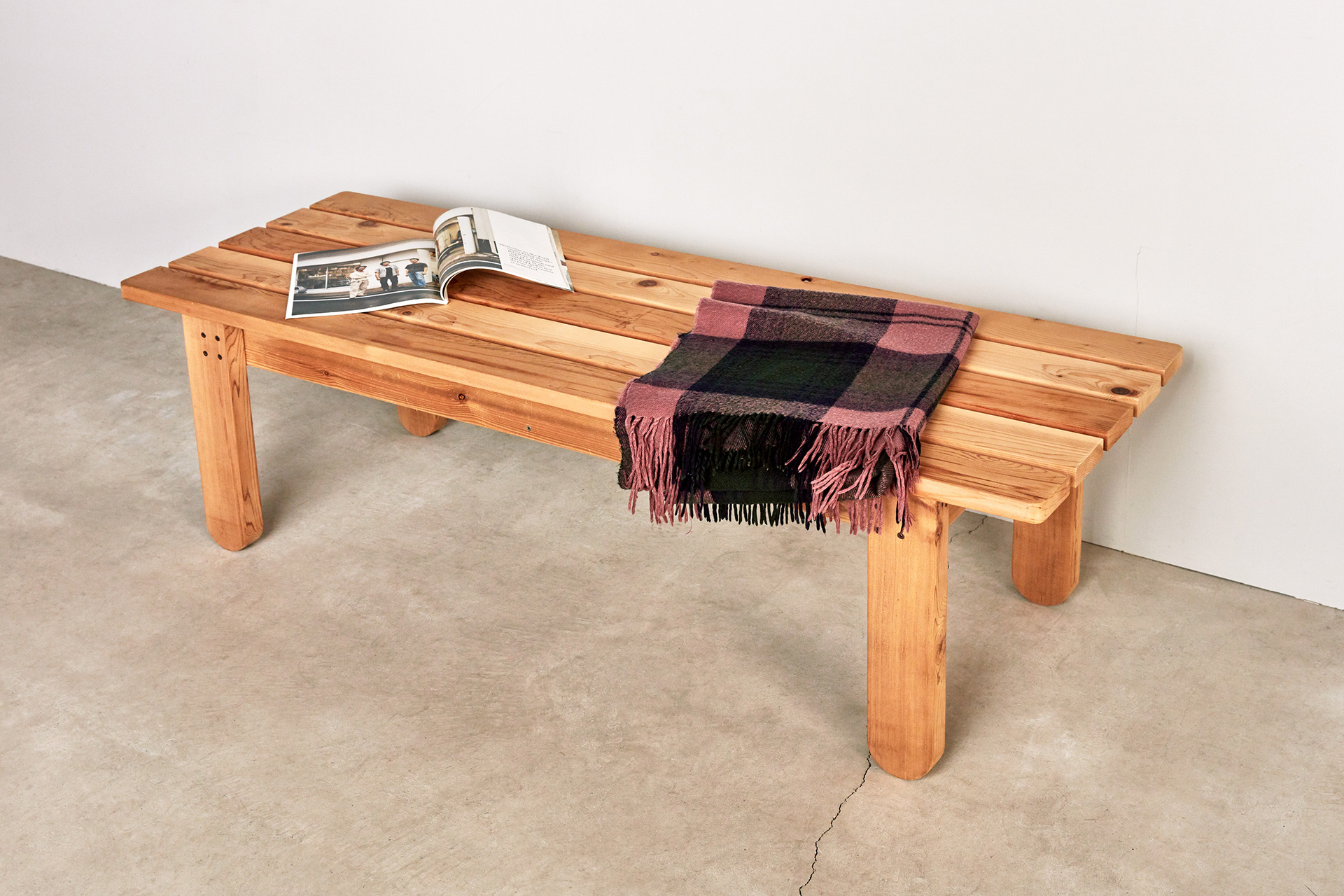 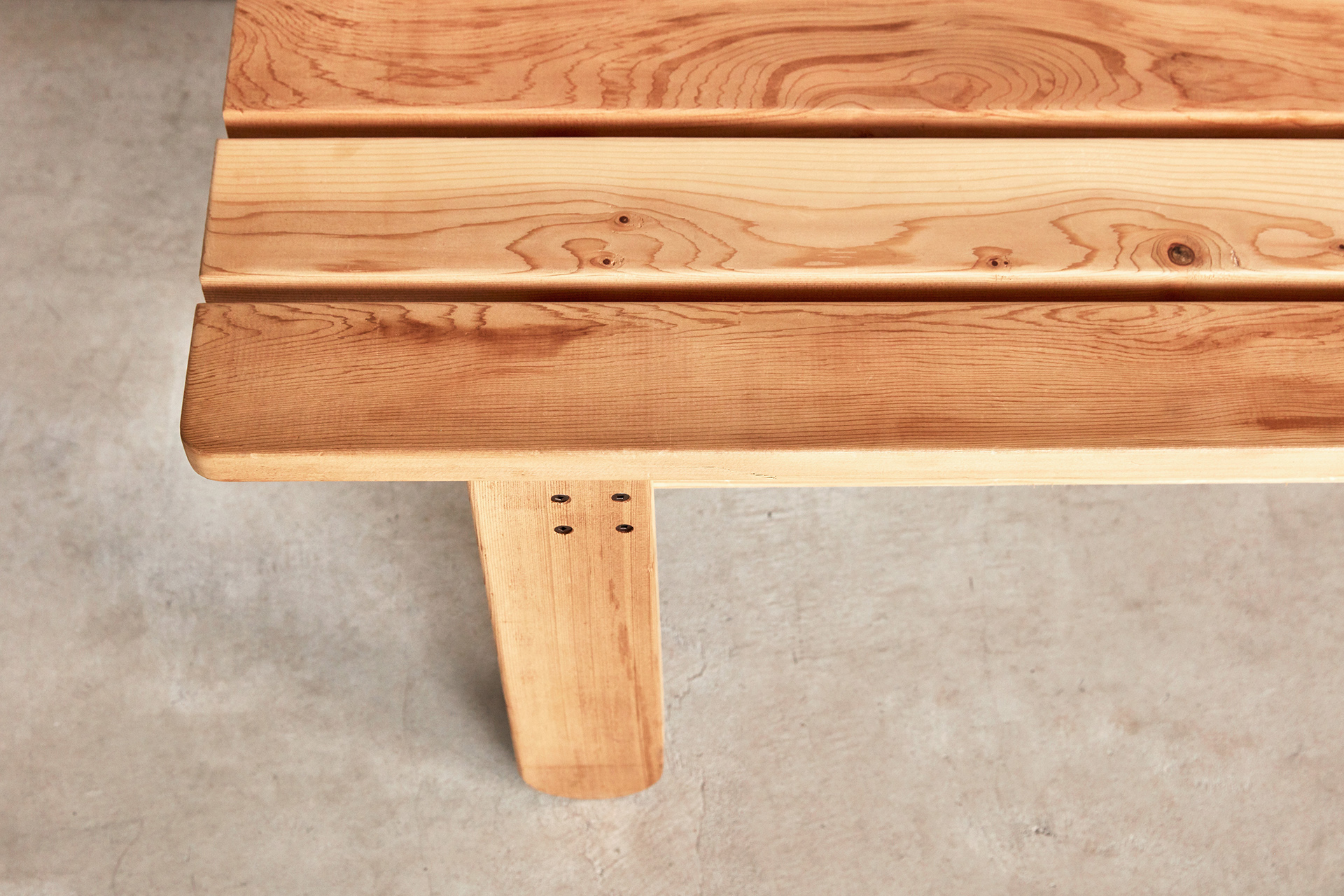 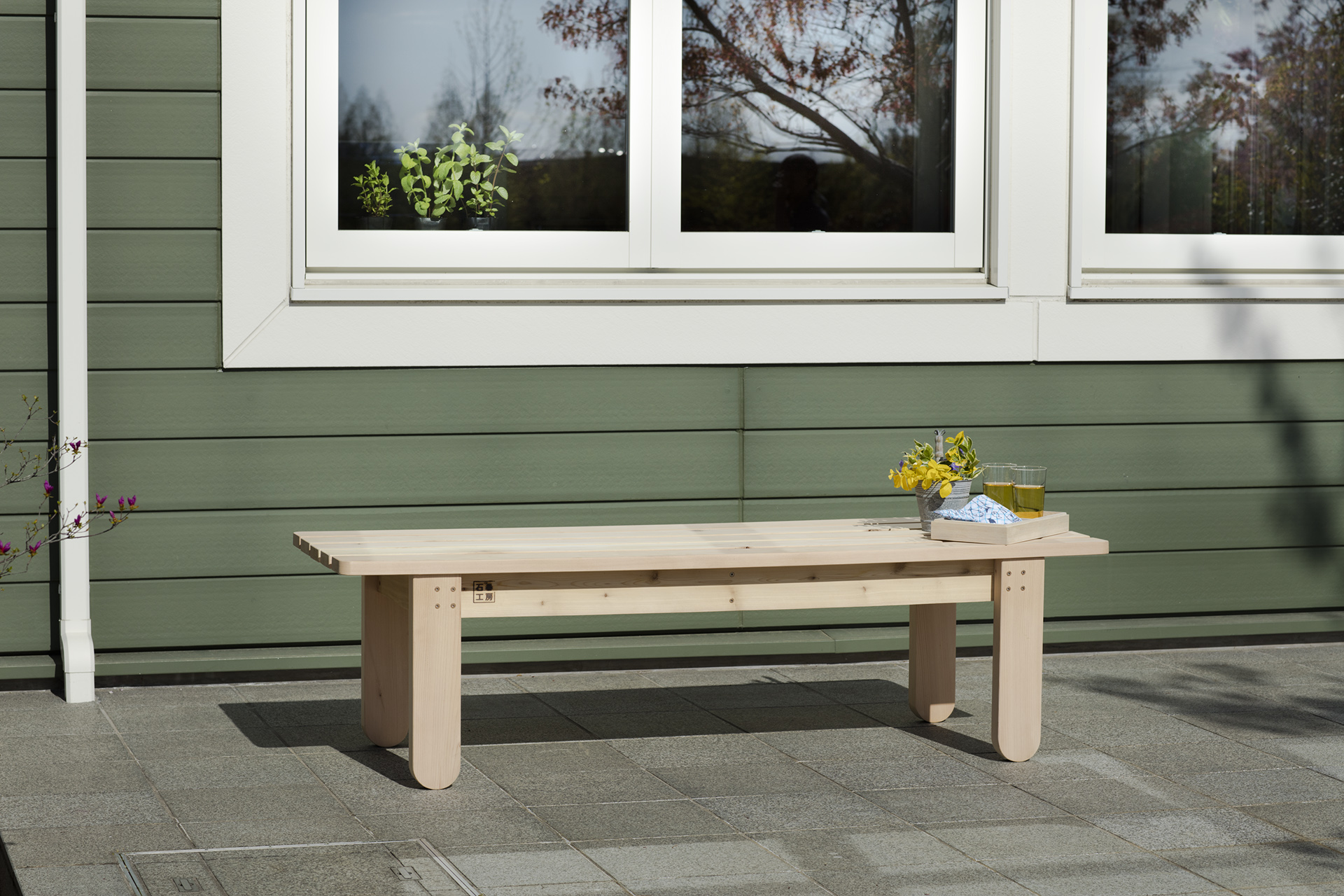 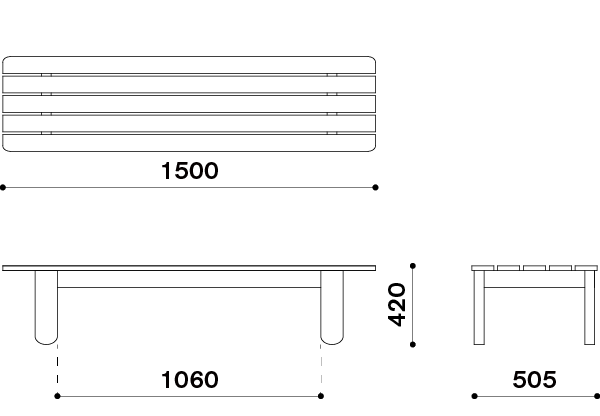 ENDAI was first designed as an outdoor bench to be placed outside of Ishinomaki’s temporary housing units. The goal was to have a piece of furniture that would allow residents to safely reach for the clothes drying area outside. In collaboration with craftsmen from the American furniture company Herman Miller, about one hundred and twenty benches were created by students from Ishinomaki Technical High school and local residents through a series of community workshops.
With a simple aesthetic born out of necessity, the ENDAI bench has found itself being used in a variety of locations, such as offices and inns.
The bench also has a version with a backrest, expanding the possible spaces and ways it can be used – whether used as a seating for your living or dining room, or possibly pairing it with your favourite cushions so it becomes a sofa bench.

Taiji Fujimori was born in 1967 in Saitama, Japan. After graduating from Tokyo Zokei University (Department of Design) in 1991, he studied under furniture designer Teruaki Ohashi. He joined the Itsuko Hasegawa Atelier (Architectural Planning Studio) in 1992, and then established TAIJI FUJIMORI ATELIER in 1999. He specializes in furniture design and is actively engaged in interior/product design projects and works in collaboration with various architects.